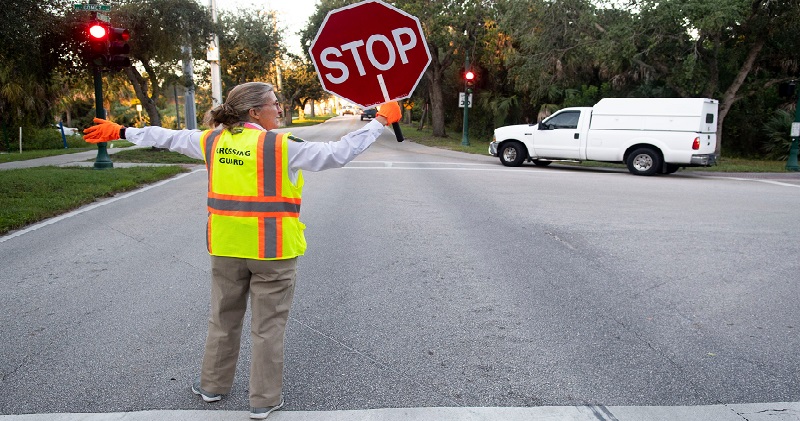 St. George, Utah– Crossing guards and speed zones could soon be eliminated by The City of St. George.

According to the police department, there are just too few 5-year-old students to justify 23 guards at mid-day.

According to Sgt. Tyrell Bangerter, who supervises the crossing guards for the St. George Police Department, there are 13 elementary schools in the city, and every mid-day, 23 guards help at the different crosswalks.

They may see a total of 10 or fewer kids from those 13 schools every day, Bangerter said.

“Safety is our number one priority,” Bangerter said. “We are not seeing the number of kids out there to justify having crossing guards standing out there to cross people.”

According to Bangerter, police surveyed and went to every school for an entire week. They counted the number of kids. On some days, they saw one or two kids, on other days they did not see any kids at all, and the city paid nearly $600 a day to staff 23 guards during mid-day.

“If they are not needed, if it’s something that is not justified, then we are funded by taxpayer dollars, and we don’t want to be wasting those funds and wasting people’s time to have somebody out there for no reason,” Bangerter said.

According to Bangerter, the crossing guards used before school and after school will remain, and no guards will be laid off.

The city plan worried some parents with kindergarteners.

“I don’t like that,” Shuana Kindel, a parent of a kindergartener, said. “It’s not safe. We need our kids to be safe.”

The change is not set in stone, Bangerter said. They are reaching out to parents who will be affected and asking them to do a survey.

“If this is a mistake and we shouldn’t be doing this, hopefully, we will get that information from the people it’s going to impact,” he said.