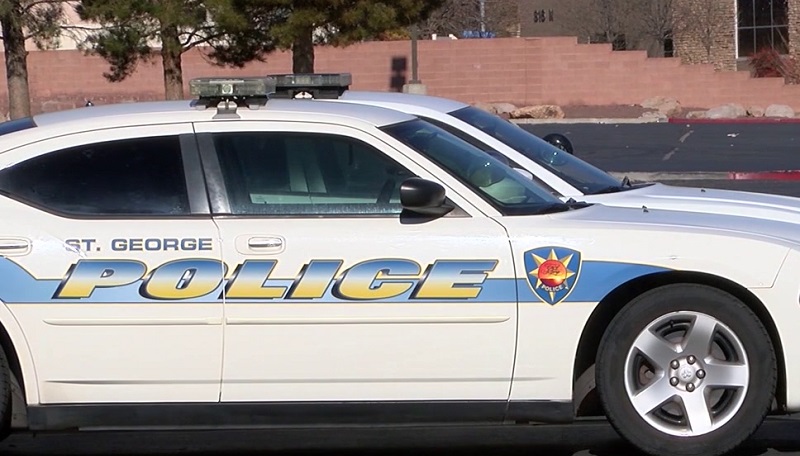 St. George, Utah – After trying to kill his mother, a St. George man has been arrested on several charges.

According to arrest records, on Wednesday, a neighbor called 911 to report a woman banging on her front door and screaming for help. When the woman opened the door she saw it was her 95-year-old neighbor who told her that her son was trying to kill her.

Upon their arrival at the home, officers found the suspect, 72-year-old Steven Sweat, on the porch with his mother who was attempting to calm him down.

According to arrest records, Sweat told police that he grabbed his mom by the neck and attempted to strangle her to death twice.

When his mother came back to the home after alerting a neighbor for help, her son allegedly picked up a large kitchen knife with an approximate ten-inch blade threatening to kill her. Another neighbor who witnessed the incident pointed out a knife to police that was located underneath a bush near the porch.

Sweat told police he tossed the knife into the bushes. He also told police that he grabbed his chihuahua dog by the neck and attempted to kill it by strangulation.

After searching Sweat’s room, they found marijuana, and numerous counterfeit $100 and $20 bills, which the suspect says he spent at businesses around St. George.

Sweat was booked into jail on charges of:

People in Utah beat the summer heat with shaved ice