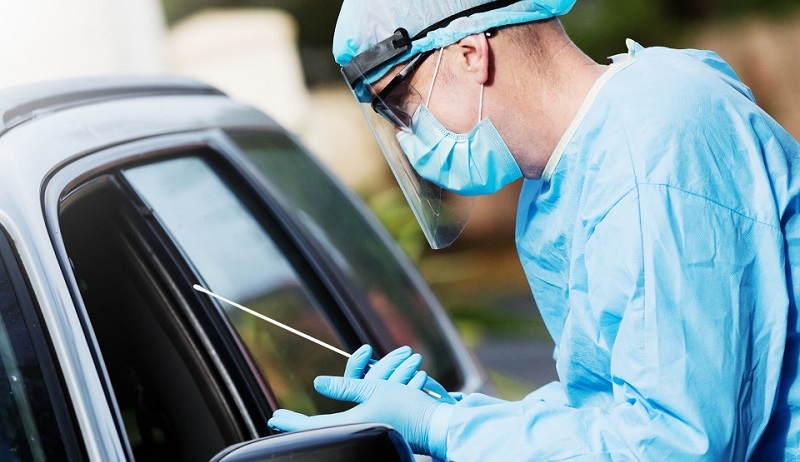 The rise in respiratory viruses doesn’t help when there’s already a limited amount of staff to keep up with the demand.

“We do have a high amount of callouts due to positive tests,” said Viet Le, state director for Nomi Health. “A lot of them will get tested on-site and then they can’t be on-site for about five to ten days.”

Each week Nomi Health is hiring around 120 employees so they have enough staff to test all cars.

According to Le, they can use all the help they can get. They have law enforcement working overtime to direct traffic and even help swab people in line.

“Ever since Thanksgiving it hasn’t stopped,” he said. “Every day we’re breaking a new record on total volumes for the day. Right now, we’re seeing on average above 15-thousand patients a day.”

He said they’ve also brought in people from out of state to help out.

“We’ve had several instances and several situations where we’ve had to do that to make sure we get folks in within 48 hours,” he said.

The average Test Utah wait time is one and a half to two hours.