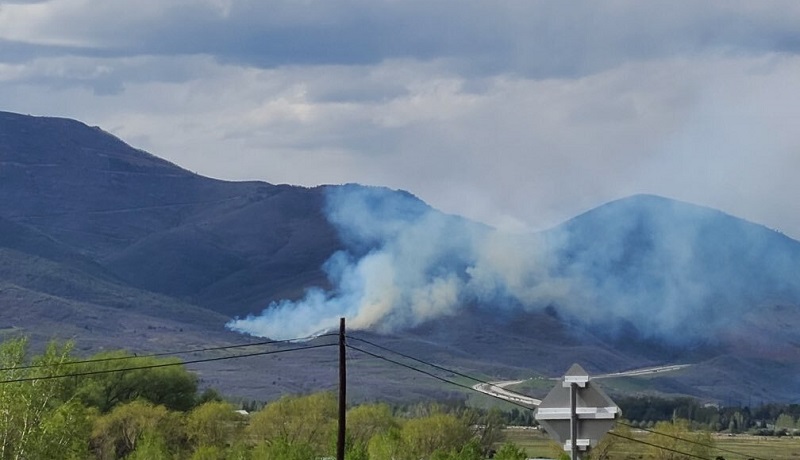 Wasatch County, Utah — On Sunday afternoon, a wildfire broke out just south of Park City and was visible from a nearby highway for hours.

According to State wildfire officials, the fire was first reported around 3:30 p.m., burning within Wasatch Mountain State Park near the Flat Line Trail. They have dubbed it the “Flat Line Fire.”

As an air tanker dropped retardant on the fire, the smoke affected visibility on US-40/189, and the highway was closed temporarily Sunday evening. The area is located between Jordanelle Reservoir and Heber City.

As of Sunday night, it was estimated at 85 acres with 5 percent containment. No structures have been threatened.

According to a spokesperson with the Utah Division of Forestry, Fire, and State Lands, the fire was human-caused. It is still under investigation and an exact cause has not been released.

The fire is burning mainly grass and oak in terrain that is difficult for firefighters to access on the ground, officials said.