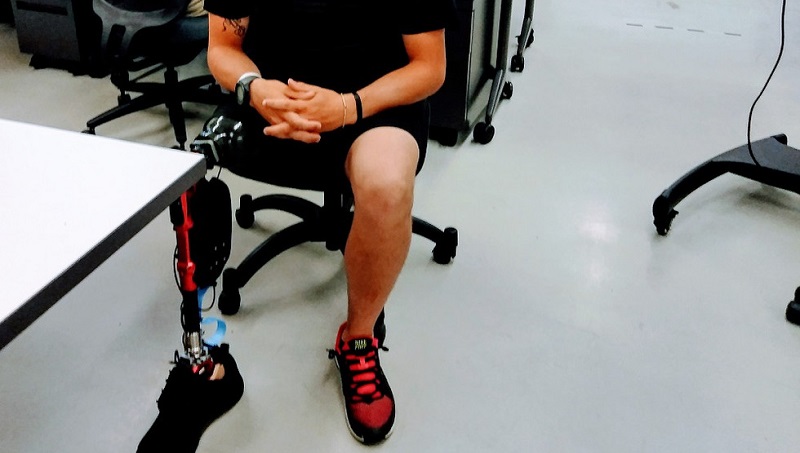 Salt Lake City, Utah — The world’s largest prosthetic firm will collaborate with University of Utah students to bring their innovative prosthetic to market.

Students at the University of Utah refer to it as the “Utah Bionic Leg,” and the world’s largest prosthetic firm has expressed interest in what the university views as a significant accomplishment.

Alec McMorris, the football coach at Grantsville High School, is one of the prosthetic’s recipients. In an accident nine years ago, he lost his leg, but he hasn’t allowed that stop him from teaching or from snowboarding whenever he has the chance.

“When the opportunity came up that they needed a study subject to come and work with them here,” he said. “I jumped right on it.”

McMorris claims that using this new prosthetic is a vast improvement over using the one he typically uses every day.

“It has a computer chip in it has a battery, everything else, but it’s still passive. You just watch me go upstairs, step over step,” McMorris said. “I can’t do that on my everyday leg. it’s a really fun device to go push and see what my limits are again.”

The world’s largest prosthetics business, Otto Bock, released this new design on Wednesday in the hopes that the rest of the globe will adopt it.

“10 years ago, we’re thinking that this may or may not be possible, we didn’t know. And now here we are,” said Associate Professor of Mechanical Engineering Tommazo Lenzi. “So this is a new lab that was just open and was made possible by a donation received from the owner and chairman of Otto Bock.”

“When the students come here, they do realize that the things they are building really are meaningful,” he said. “They’re not just toys or systems that are cool. There are technologies that can help people live more freely.”

Even though there is still much to be done to improve the new prosthetic, Lenzi thinks that when it is done, it will greatly help individuals who are in need.

“This is a device that can really give them some normalcy back,” he said.