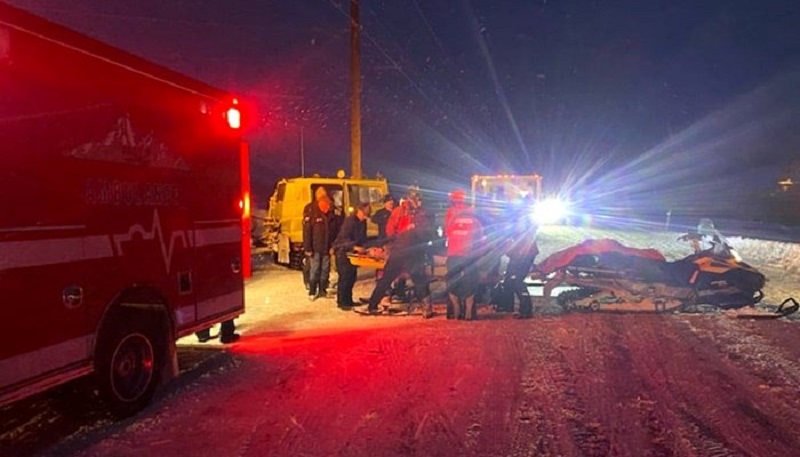 On Dec. 24, teams received a call of a missing snowmobiler in the Whitney Basin area around 3:15 p.m., officials said.

According to officials, the complainant had grown concerned because of the amount of time that had passed and because there was a storm approaching.

“Teams deployed and searched through the night in whiteout conditions,” Summit County search and rescue officials shared on social media. “After a few hours of rest and warming up in the Whitney warming hut, teams resumed the search at first light.”

The missing snowmobiler was located later in the morning on Christmas day with injuries common with those exposed to cold weather, officials reported.

According to officials, another call was made on Dec. 26 to assist with a backcountry medical situation in the Pine Mountain cabin area in Weber Canyon.

“A big thanks to our team and families on a taking time out of their holiday plans to assist helping others,” officials said on social media.

A woman is dead after I-15 Iron County rollover crash