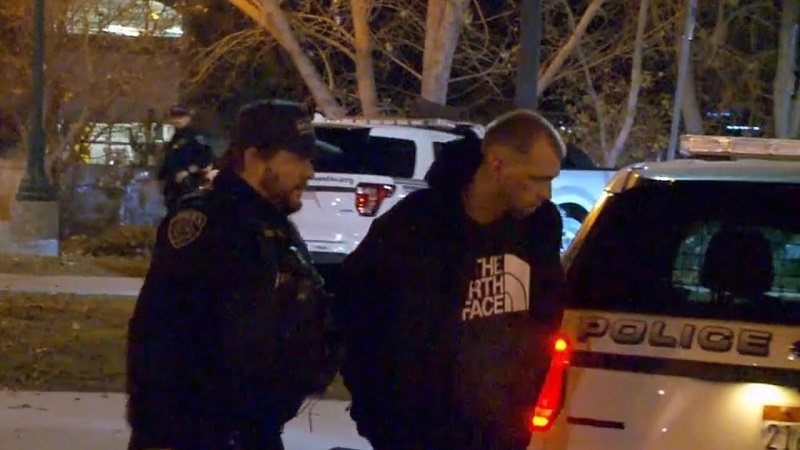 Sandy, Utah —After fleeing from Unified Police and ramming two UPD cruisers, a parolee is in custody.

After a police pursuit that began several miles away in Midvale, the suspect was finally arrested near 9600 South in 2000 East in Sandy.

Officers were responding to a possible burglary at a construction site around 3:45 a.m.

One driver took off and was not found but according to officers, the man behind the wheel of the pick up rammed one of the cruisers before fleeing the scene heading east.

Officers were able to pin the vehicle in at this track station in Sandy.

Before his vehicle was disabled and he was finally arrested, the suspect allegedly rammed a second UPD cruiser.