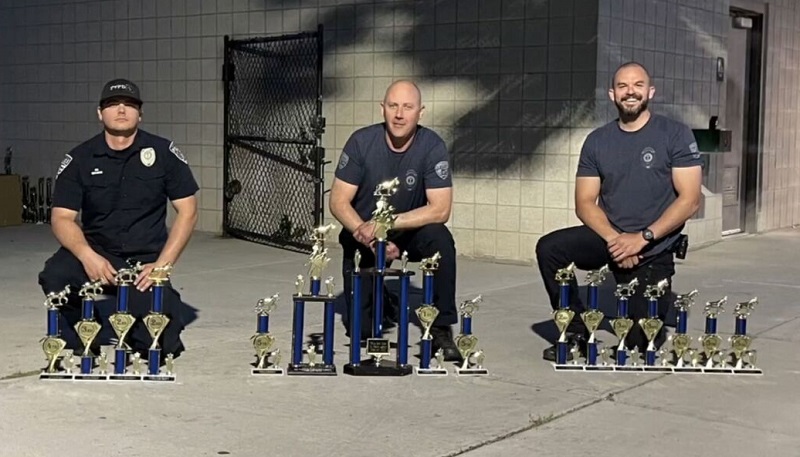 Taylorsville, Utah – The Taylorsville Police Department’s K-9 team is recognized as one of the best in the state.

Sgt. Jacob Palmer and his partner Koda were part of the team that took first place in the overall competition. “We’re always going for the overall,” Sgt. Palmer said. “It’s the most sought out, prestigious award that is given at these K-9 trials and it just shows that we’re well-rounded in every category and have top scores overall so it’s very exciting.”

That includes aspects of patrol, search and rescue, detecting narcotics and explosives, and overall agility and technical skill.

According to Sgt. Palmer, the credit goes to his fellow officers and the hard work they put in with their K-9s, Cowboy, and Turbo, getting them up to speed in a relatively short amount of time.

“It’s very rewarding,” Sgt. Palmer said. “Nobody expected that we would hit that level this soon. We went live July 1st, so almost a year, we actually got these dogs in July and August and they were brand new, no training at all and so that’s what we’ve been working hard all year just to get them up and going. They are now, all three of them are certified in both patrol and narcotics and they are actively working the road.”

Sgt. Palmer says they all enjoy learning from one another. But he also acknowledges it is nice to take home some hardware. He says the K-9 officer community is extremely tight-knit and when a K-9 is injured or killed in the line of duty it affects all of them deeply. “That’s the best thing about these guys is that they are willing to do anything for us, even lay down their lives,” Sgt. Palmer said. “And that’s why we love them so much, huh?”