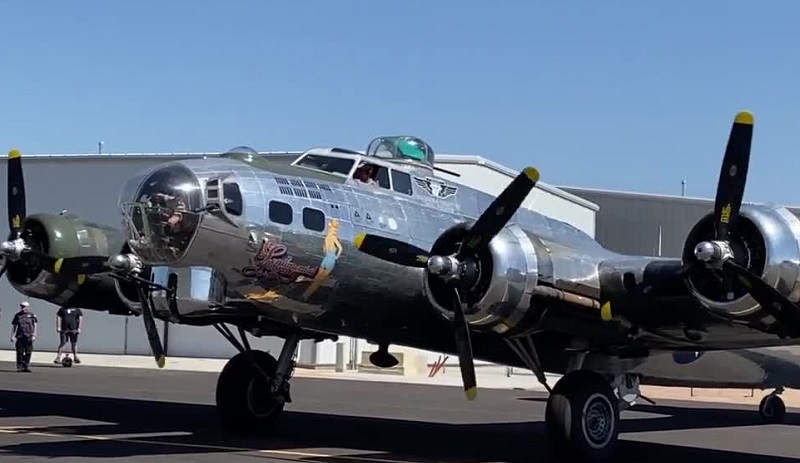 St. George, Utah — As part of a tour of the western part of the U.S., two historic World War II-era bombers flew into Utah early Monday.

Ahead of a weeklong stay in the southern part of the state, the B-17 Flying Fortress and B-25 Mitchell bomber arrived at the West Sky Aviation Warbird Museum in St. George.

The Flying Legends of Victory tour from the Arizona Commemorative Air Force Museum gives people an immersive experience to learn more about the planes that fought and won the war.

One of only five B-17s still flying today, “Sentimental Journey” was built in November 1944, while “Maid in the Shade,” the B-25, served in the 319th Bomb Group, 437th Squadron at Serragia Airbase, Corsica, and flew 15 combat missions.