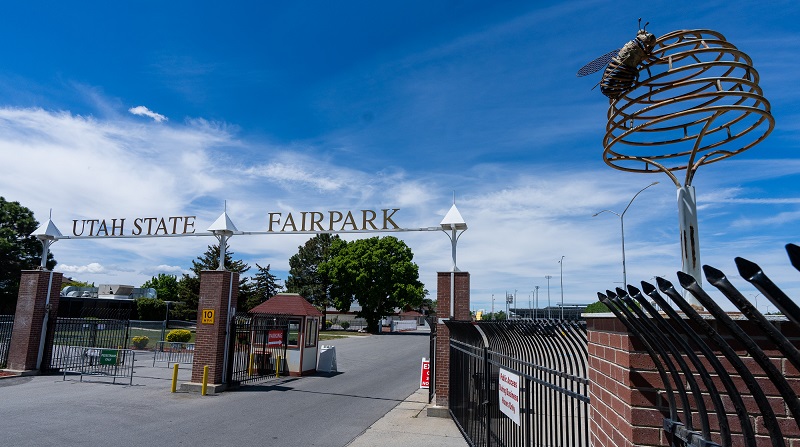 Salt Lake City, Utah — The Gateway Inn in Salt Lake City’s Fairpark neighborhood is renting out its last room after 62 years in operation.

“The Gateway Inn we’ve recognized probably as the nexus where a lot of criminal activity comes from,” said Fair Park Community Council Chairman Nigel Swaby. “Tonight, I am happy to report, is the last night it will be in business.”

“This is what the neighborhood needs to transform its potential,” said Gateway Inn owner David Pope.

According to locals, businesses outside of the motel have been impacted by the neighborhood’s high crime rate.

Nearby the Gateway Inn and on 900 West, Family Dollar closed their doors on Friday night. According to council members, the same thing happened to earlier nearby businesses like Walgreens, Arctic Circle, and Wienerschnitzel.

“Theft, vandalism — I can’t tell you how many times their front door has been broken out, their windows have been broken out. I’ve been in there when a manager had to scream at someone who was trying to steal things,” said Swaby. “Unfortunately, it’s a common occurrence around here because we have such a cluster of people facing poverty and involved in a criminal lifestyle, and this is where they go.”

Swaby and Pope both expressed the hope that this will make the area a better place on behalf of themselves and other community council members.

“North Temple is a primary area for redevelopment. You’re very close to downtown and the new airport,” said Pope. “This whole stretch of town is going to see a big transformation in the next five years.”

“We’ve lost a lot along the way, but as a community, we’re hoping to see something better come out of it,” added Swaby.

Pope predicted that the Gateway Inn would be replaced by a brand-new residential building. He claims that the new owners have made preparations to have security on call while building is underway.