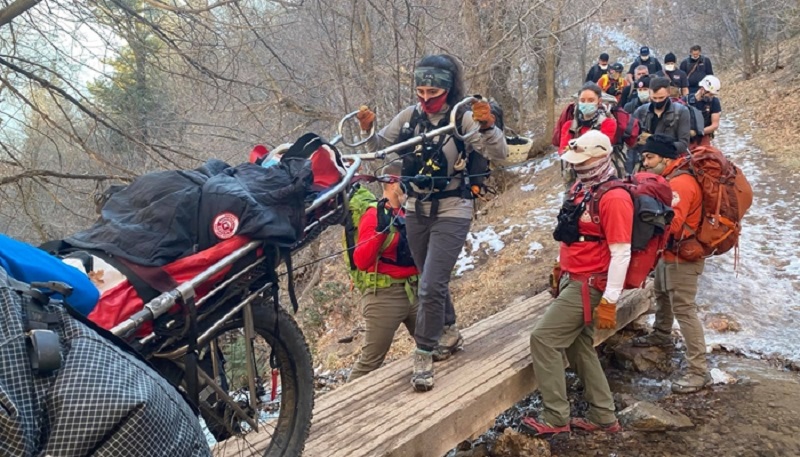 Salt Lake County, Utah – According to the Salt Lake County Sheriff’s Search and Rescue Team (SLCSAR), they were dispatched to the area at 4:20 p.m. on reports of a hiker with lower leg injuries. The hiker had reportedly fallen while trying to cross a river.

Four teams were already deployed to the hiker’s location where SLCSAR responded.

The hiker was put onto a litter and was carried down to the mountain’s parking lot where SLCSAR handed them off to the Unified Fire Authority (UFA), according to SLCSAR.

Trails are going to be slick and muddy following the recent rainfall, SLCSAR representatives noted, and caution should be taken when recreating in the backcountry this weekend.