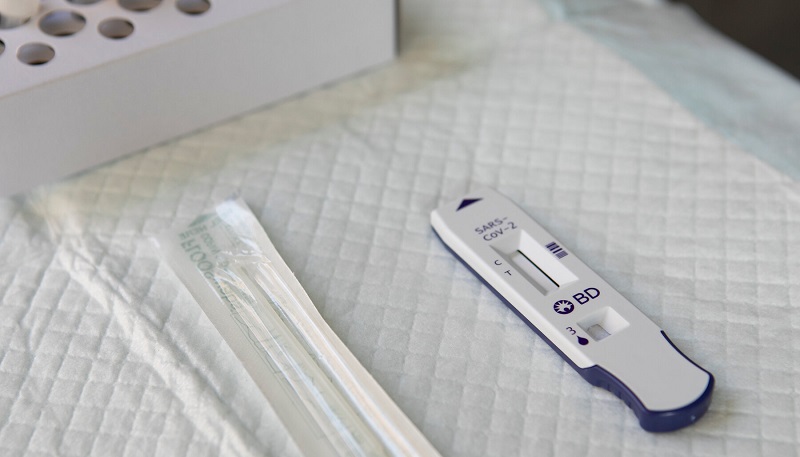 According to the department, these sites will offer at-home tests for “anyone who receives a PCR test but may also want to receive results faster.”

This change comes after epidemiologists with the health department analyzed test results from nearly 18,000 Utahns who were tested with both a GenBody rapid antigen test and a PCR test on the same day.

“Among people who tested positive by PCR, more than half of them tested negative by GenBody rapid antigen test; this was true even for people who reported COVID-like symptoms,” the department wrote in a press release.

“While rapid antigen tests are known to be less likely to identify a positive individual, the difference identified in this analysis was higher than expected,” the health department’s statement continued. “The analysis showed positive rapid tests were extremely reliable, indicating if someone tests positive on a rapid test they do not need to question the result.”

Utahns who received a negative result from a rapid antigen test result at a state testing location since this past Wednesday are encouraged to return for a PCR test. They can also request an at-home test along with the PCR.

“Within the past few weeks, UDOH mobile test teams began using the GenBody rapid antigen test. These teams reported a trend of higher-than-expected negative results from this specific rapid antigen test. This prompted our analysis across a broader timeline and the results motivated our decision to temporarily pause the use of this test” said Dr. Leisha Nolen, UDOH state epidemiologist. “This step is necessary to ensure people receive accurate test results.”

According to the health department, there is a nationwide shortage of BinaxNow tests and the state’s access to these tests is limited. But they say rapid antigen tests may become available at state sites when the supply chain “stabilizes.”

“Throughout the response, we have worked to provide Utahns with access to appropriate testing resources. We use tests that have been reviewed and authorized by the appropriate federal agencies. In this case, recent data raised questions about how one of these tests is functioning in our current testing system. While we seek additional information to address these questions, we are shifting our testing efforts accordingly. It’s the right thing to do right now,” UDOH executive director Nate Checketts said in a statement. “We are committed to being transparent in this continually changing environment.”

The federal government recently required insurance companies to cover the costs of these tests.