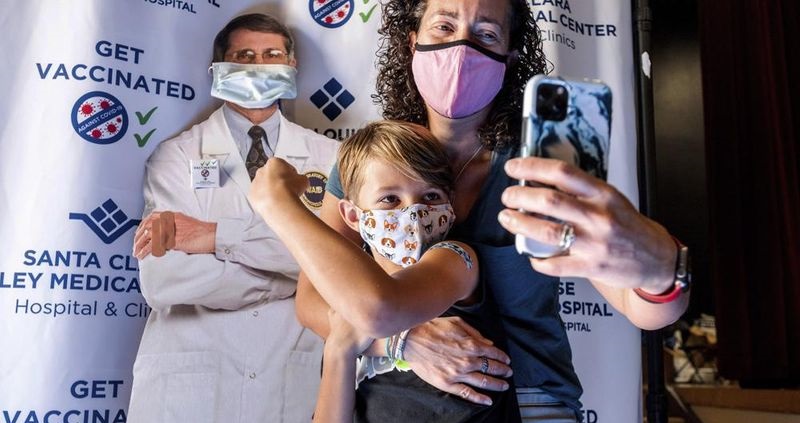 Davis County, Utah — According to Utah health officials, time is running out for parents looking to get their children fully vaccinated before Christmas.

“It would be this week or next week to come in and have that kind of timeline,” said Trevor Warner with the Davis County Health Department, which began giving vaccinations to children between the ages of five and eleven on November 8.

On Tuesday, 11-year-old Maddy Newbold and her younger siblings were among the children who received shots at the Legacy Events Center in Farmington, and reports that “it was kind of like a small pinch, like flu shots.”

According to Davis County’s Health Department, they were able to vaccinate 5100 children in their first week of availability.

The Utah Department of Health shows that just over 36,700 children between 5-11 have gotten their first dose, or about one out of every ten Utah children.

According to Warner, Davis County has they have plans to bring vaccines to multiple high schools in areas where vaccination rates are lower.