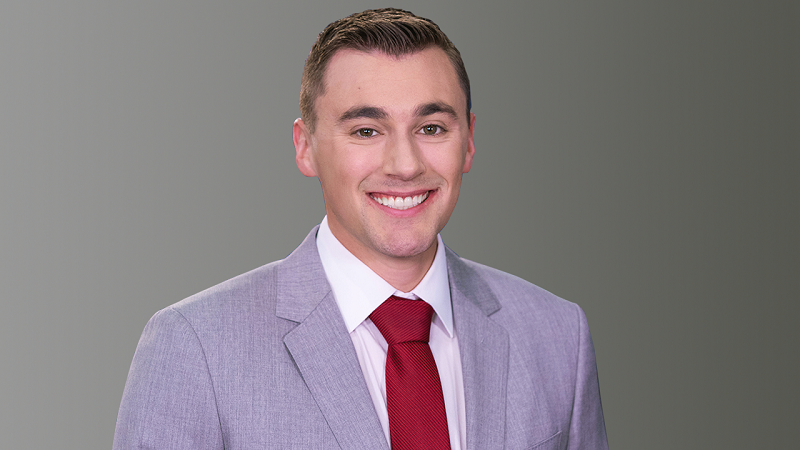 Provo, Utah — After contracting COVID-19 in August, a local man has been fighting for his life.

A 33-year-old Larry Barney, along with five of his family members, learned they had the coronavirus on August 10 and 11, according to members of his family. Larry’s mother was hospitalized with severe symptoms and so was Larry, but the other four were able to fend off the virus in a few weeks. “I just got lucky, but I do wish it was me in his place instead of him,” said Larry’s mother Louise Wiedmer. “I would trade him places any day.”

More than 90 days he has spent in intensive care and was recently moved to Utah Valley Specialty Hospital from Timpanogos Regional Hospital. “There were a couple of times they told us he wouldn’t make it through the night,” said Alan Wiedmer, Larry’s stepfather. “Half of his lungs are pretty much damaged or gone, non-existent, so he’s done really well to get now to where he’s almost off that ventilator.”

He’s been on numerous intense medications, has undergone surgeries including a tracheostomy, and had been relying on a ventilator to keep him breathing. “He really is a miracle,” said Larry’s wife Chelsey Barney. “[Doctors] gave him a 5 percent chance to live in the beginning.”

He and his family were unvaccinated when they contracted COVID-19. Since the ordeal, some have gotten their vaccine. “Don’t think that [COVID-19 is] made up, because it’s not made up,” said Alan. “There’s nothing made up about it — we’ve all felt it, lived it, and are still living it, months and months later.”

When asked about what they miss the most about Larry, most of the family members mentioned his voice and his laugh. Larry’s Aunt shared a post on Facebook on Monday evening saying that she heard him say “I love you” when she hugged him in his hospital room. “He got to sit on the edge of his bed for the first time in three months last Saturday, so that was a huge moment for us and him — very emotional,” said Chelsey. “I hadn’t seen the back of his head in three months, and that made me cry just to see the back of his head.”

Larry was working to get off the ventilator and use a medical device (T-Piece) to assist with oxygen and pressure as of Monday. “It’s changed our lives for sure, forever. Things won’t ever be the same,” said Chelsey.