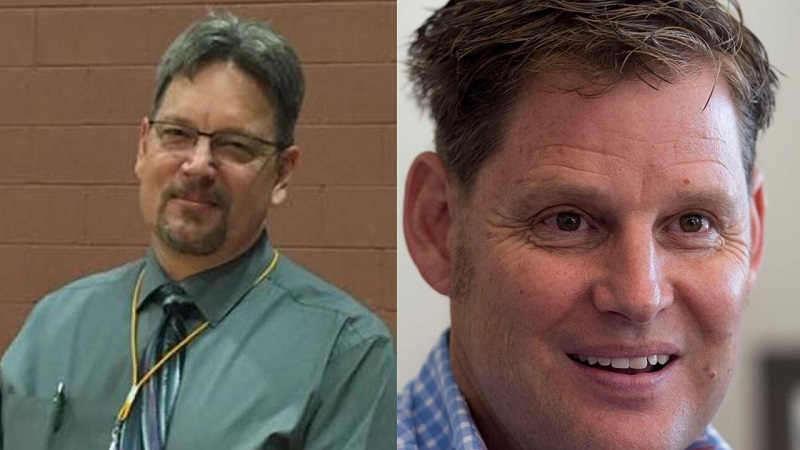 Former communications director Dave Robinson, and Former Salt Lake County Republican Party Chair Scott Miller filed a pair of lawsuits, accusing some of the state’s top political leaders of a campaign to defame them in statements about allegations of harassment and misconduct against a number of women in the GOP.

Miller sent an email to county party delegates last year detailing a pending report in The Salt Lake Tribune that alleged a number of female candidates and elected officials had reported harassment and bullying behavior involving the county party leadership.

It prompted heavy condemnation on social media and in news reports from prominent Utah Republicans.
The uproar over the accusations ultimately led to Miller and Robinson’s ouster from the Salt Lake County Republican Party. Miller and Robinson denied the allegations (Miller recanted an apology) and now accuse the political leaders of a conspiracy against them.

“The listed Defendants’ organized and executed a plan with each other with the intent of forcing Mr. Miller to resign from his position as the Chairman of the Salt Lake County GOP and prevent him from running for the State GOP position,” their attorney, Robert Spjute, wrote in Miller’s lawsuit. “As part of the plan, the listed Defendants had a meeting of the minds to spread this false statement Mr. Miller had been concealing sexual harassment complaints from women in the Salt Lake County GOP for years and protecting Mr. Robinson from these allegations.”

According to the lawsuits, Miller is seeking at least $40 million in damages, Robinson is seeking $60 million.

Governor Spencer Cox’s office had no comment on the lawsuit, citing the pending litigation.

Children rescued after falling through ice at Mantua Reservoir