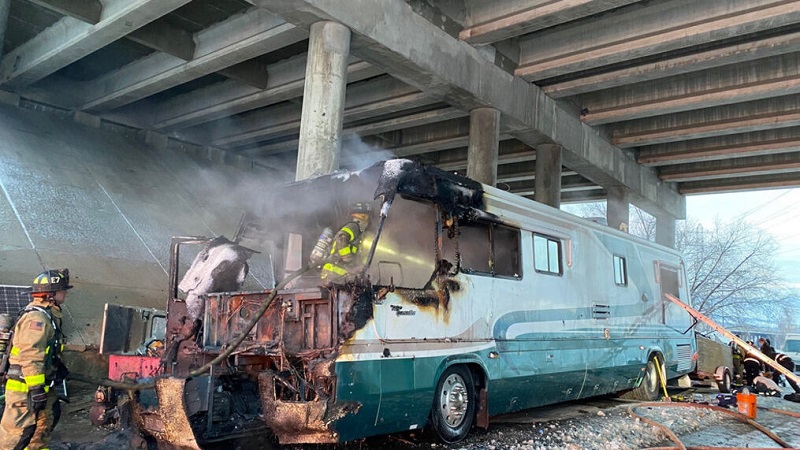 Salt Lake City, Utah — According to officials, two people and a dog died in an RV fire Wednesday morning in Salt Lake City.

Right below the Redwood Road overpass, crews arrived quickly on the scene at 200 South, but they were too late.

The smoke could be seen for miles, and the front of the vehicle was completely engulfed in flames.

According to the Salt Lake City Fire Department, at least one of the two victims died as a result of smoke inhalation.

A third person who was living in the RV managed to escape alive.

The RV was parked in an area with several homeless camps. Fire investigators are working to find out exactly what started the blaze but they believe, at this point, it was likely from an “alternative heating source.”

It seems pretty obvious there were some people inside there,” said Captain Tony Stowe with the Salt Lake City Fire Department. Upon our search and extinguishment of that fire, we did find two bodies and one person was able to escape, narrowly.”