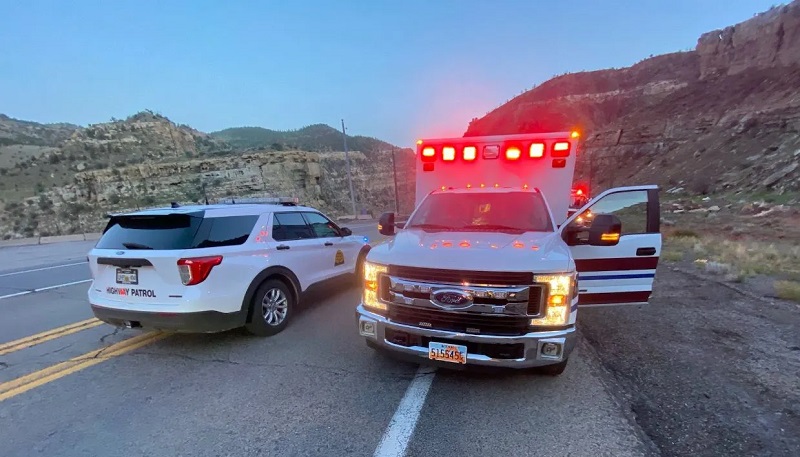 Helper, Utah – On Sunday night, two people were hospitalized after a rockslide crashed through their car window in Helper.

According to the Helper Fire Department, the rockslide was caused by heavy rainfall, causing the rocks to loosen and fall down into the roadway.

The victims were driving an SUV when the falling rocks crashed through their windshield while traveling, emergency crews said. The incident happened around 8:30 p.m.

According to authorities, the couple had to be extricated from the vehicle before being transported to a local hospital for injury treatment.

Officials are cautioning drivers to always wear a seatbelt and slow down when traveling along Highway 6, especially during inclement weather conditions.