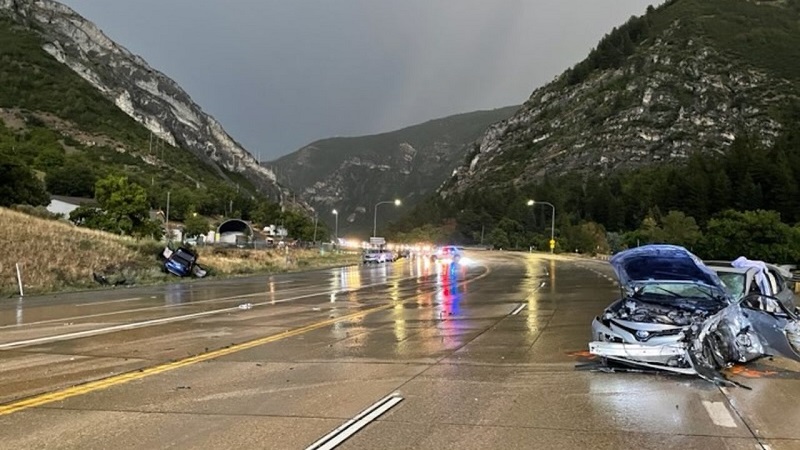 Provo, Utah – On Sunday evening, two people were seriously injured in a crash on U.S. Highway 189 near Vivian Park in Provo Canyon.

According to officials with the Utah Highway Patrol, a Toyota Camry was turning left from the park onto U.S. 189 when it pulled out in front of a Nissan Rogue traveling eastbound.

According to state troopers, the front of the Rogue hit the driver’s side of the Camry.

The male driver of the Camry and the female driver of the Rogue were both hospitalized in serious condition. State troopers said their conditions were later downgraded to critical. A third vehicle, a Ford Escape, was struck by debris from the crash; the Escape’s driver was not injured.

There was heavy rain in the area at the time of the crash and both directions of U.S. 189 were closed for investigation and documentation, Troopers said.