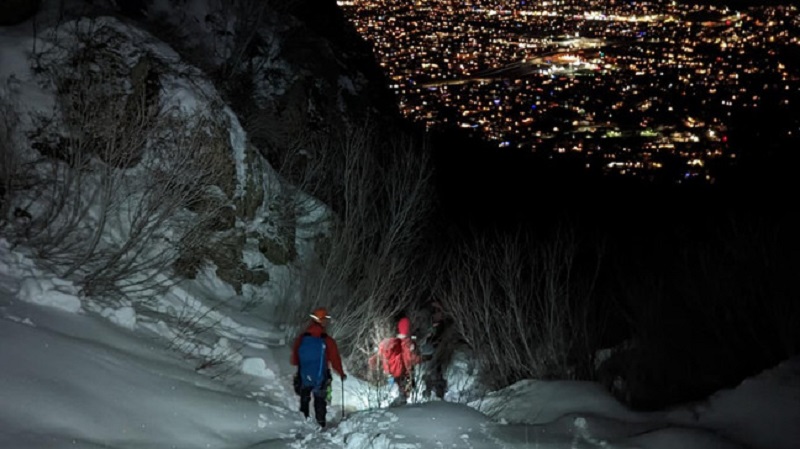 Salt Lake County, Utah — During the weekend, two stranded skiers were rescued from Mount Olympus by search and rescue teams.

According to officials, the Salt Lake County Sheriff’s Search and Rescue Team was called out at approximately 7:40 p.m. Sunday to the two skiers on the West Slabs.

“The skiers were in good health and spirits, but we’re experiencing a few different issues,” rescuers noted.

The skiers were having some technical issues with their gear and were no longer moving downward because the couloir they were in had frozen due to lack of sunlight and dropping temperatures, they said.

According to search and rescue teams, they brought food, warmth, rope gear, and technical snow equipment to assist themselves and the skiers.

By 1 a.m., everyone was off the mountain.