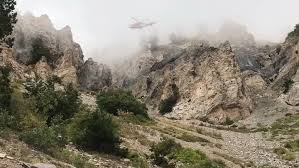 A tweet at about 6 p.m. from Sgt. Spencer Cannon, UCSO public information officer, said the teams were climbing to the patient, and a Utah Department of Public Safety helicopter was also responding.

At about 7:40 p.m., Cannon tweeted that the patient had a broken wrist and other injuries and had been taken off the mountain.

He thanked Utah DPS for getting the man off the mountain, North Fork Fire for providing the ambulance to take him to Utah Valley Hospital, and UCSO SAR members.

“Without them, it would have been a technical overnight operation,” the tweet said.