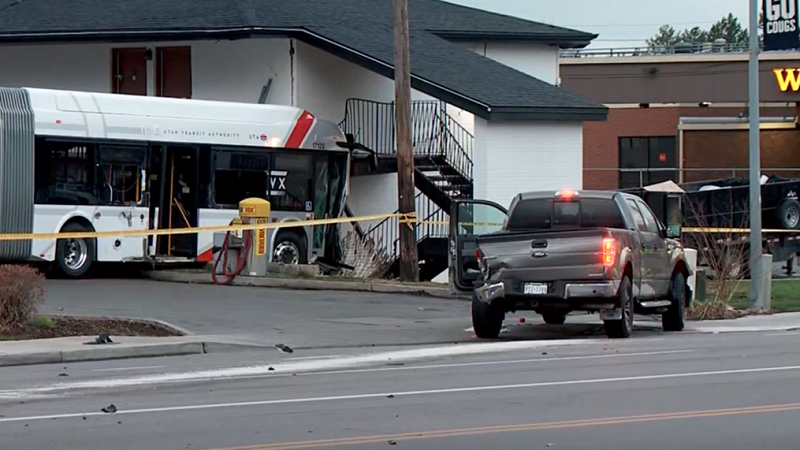 Provo, Utah — On Wednesday morning, after being hit by a pickup truck, a UTA bus crashed into a vacant hotel in Provo in Provo.

Two people were injured in the accident, which happened around 5 a.m. as the bus was heading west on University Parkway, according to Provo Fire Rescue.

The truck broadsided the bus, which was heading towards the BYU campus, at 150 East, sending it towards a gas pump and the hotel, UTA officials said.

Two passengers riding the bus at the time of the accident were not injured, but the driver of the truck had to be extricated from the vehicle.

According to officials, the extent of the injuries of those taken to the hospital is unknown, but drug or alcohol use were not considered to be the cause of the accident.

St. George VA clinic shut down due to threats