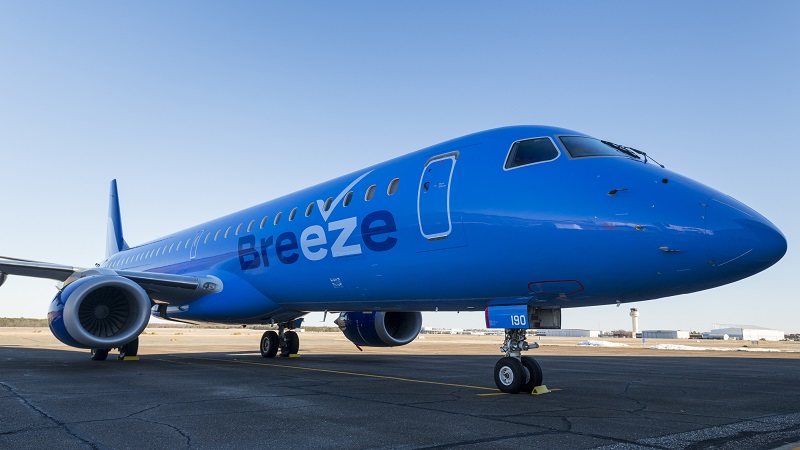 Salt Lake City, Utah – Following the staffing shortages that have crippled the airline industry, Utah-based Breeze Airways announced it will suspend some routes and delay expansion.

According to FlightGlobal, the airline, which began operations in 2021, has suspended service on certain routes out of several airports, including Hartford, Akron, and Charleston. Multiple routes out of Charleston have been suspended for months.

In addition, service between Providence and Los Angeles, which was scheduled to start this week, has been delayed until February 2023, while flights out of Charleston to Las Vegas will start in September.

“Unfortunately, we have to make some adjustments to our summer flight schedule due to the constraints of crew availability and other supply chain issues,” a Breeze spokesperson told Simple Flying. “We are very saddened to have to make these changes and are deeply apologetic for the impact this will have on our guest’s summer travel plans. We are committed to restoring flights once we can confidently provide reliable and efficient service.”

Beginning Aug. 4, Breeze Airways will fly locally out of Provo Airport. Flights out of Provo will not be affected by the company’s moves.

In recent weeks, airlines have been forced to cancel thousands of flights due to the inability to staff planes with pilots and flight attendants.