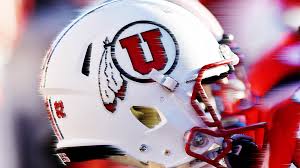 Taylor is in his sophomore season at Utah. He played 10 games last season, all of which were on special teams.

With a new safety group returning for Utah this season (whenever it’s played), Taylor was in the mix to get some reps. Now that Julian Blackmon and Terrell Burgess are graduated and in the NFL, Utah is looking for talented young players to step up and continue to the dominance at safety that the Utes have had for so many years.

The Phoenix, Arizona native is the first Utah football player to enter the transfer portal since the Pac-12 announced the postponement of fall sports. At North Canyon High School, Taylor was an All-Region and All-District player as a senior with 21 tackles, one sack, an interception, one forced fumble and a fumble recovery.

His father played football at Temple from 1990-91 and played one season in the NFL with the Denver Broncos in 1993. Taylor’s uncle Keith Rucker played for the Arizona Cardinals, Cincinnati Bengals and Washington over five years in the league from 1992-95, 1997.

Convicted Felon Arrested After Firearm Falls From Waistband During Struggle