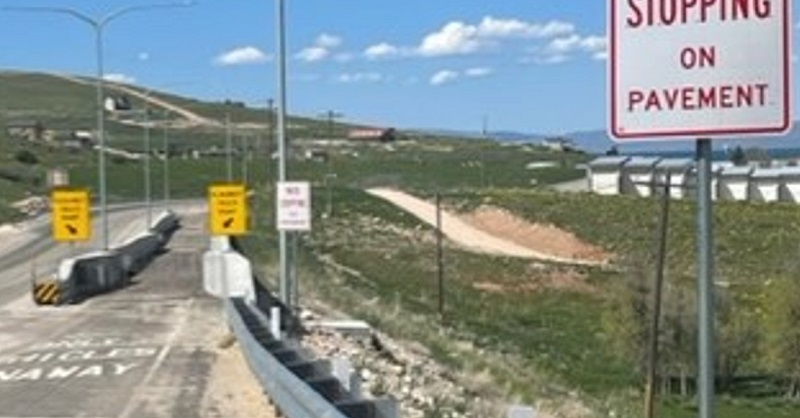 Recently a driver lost his brakes and crashed in what is normally a busy intersection during the summer at the bottom of the hill.

Near the bottom of the canyon following several runaway semi crashes in 2018 and 2019, UDOT installed an escape ramp.

The most recent crash is the first since the ramp’s installation and the driver did not use the ramp, claiming to authorities they lost their brakes after passing the ramp.

According to Mayor Leonhardt, the new brake check will be an addition to the mandatory brake check near the top of the canyon for drivers coming toward Garden City. It will be patrolled by law enforcement.

“It makes those trucks have to stop right above that truck ramp to let them know they can’t stop here, around one mile around the corner, you better be using that safety net system to stop that truck,” Leonhardt said.

According to Leonhardt, the bid for the project will go out this fall, with construction set to take place in the spring.