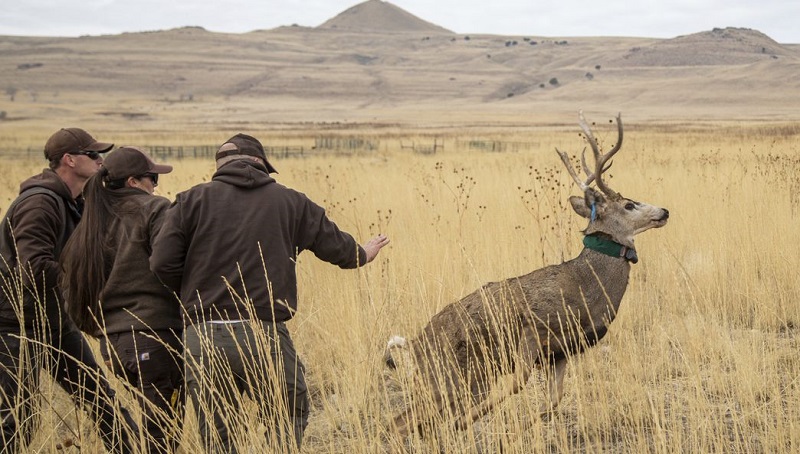 They were assisted by volunteers and staff from Brigham Young and Utah State Universities.

12 does and 10 fawns were captured. Before being released at the spot where they were captured the fawns were quickly weighed and had a Global Positioning Satellite collar placed around their necks.

Before being released at the handling area, the does were flown to biologists at the Hardware Wildlife Management Area for a thorough health assessment.

The does were wearing GPS collars that were placed on them from one year to several years ago. The assessment the does received included weighing and measuring the animals, determining their age, checking their overall health, and collecting blood and other samples for disease testing.

According to biologists, placing collars on deer, and then following the animals over time, provides them with valuable information.

This information is very helpful for biologists.