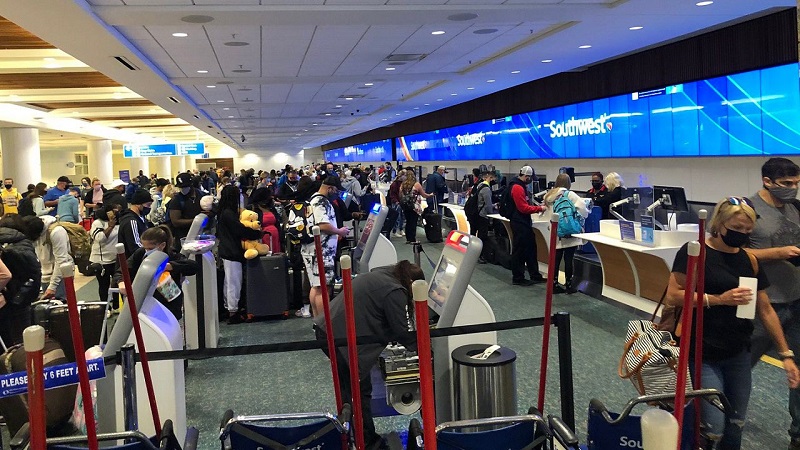 More than 48 million travelers are expected to travel on roads as opposed to roughly 4 million via airplane.

“We want people to be prepared we want them to understand there will be a lot of people out on the road,” said John Gleason with the Utah Department of Transportation. “Everybody’s trying to get to where they’re going, so just plan ahead and understand it could take a couple of extra minutes to get where you’re going. Everybody will get there safely if we all just do our part.”

According to UDOT, they are planning to halt major construction projects amid the Thanksgiving holiday.

“We really expect to see traffic ramping up probably early afternoon on Wednesday, and that’s going to continue through the evening commute. So if you want to do yourself a favor, if you can avoid traveling at the times between 3:00 and 7:00 on Wednesday, leave earlier or leave later at night — that’s going to save you some of the headaches of being stuck in traffic,” said Gleason. “We’re expecting 10-15 minute delays in Davis County, in Salt Lake County, and even down to Nephi as well.”

According to the Salt Lake City International Airport, Wednesday and Sunday are expected to be the busiest travel days, with nearly 25,000 passengers.

“Before leaving for the airport, passengers are reminded to check the airline’s website or app to ensure the flight is on-time and has not been delayed due to weather. In addition, passengers are encouraged to check in electronically prior to leaving for SLC to expedite the process at the airport. SLC has three areas to check luggage, depending on the airline, as well as limited skycap service. The SLC International app map shows the location of these luggage checkpoints. Passengers are encouraged to arrive two hours prior to their scheduled boarding time for domestic flights and three hours for international flights.”

The Transportation Security Administration expects travel to be notably higher leading up to Thanksgiving but not to reach pre-pandemic levels.