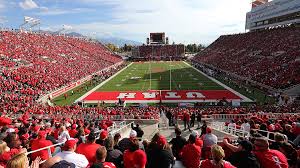 SALT LAKE CITY, Utah – The Utah football coaching staff is beginning to contact and extend offers to recruits in the 2022 class.

September 1 was the beginning of when college programs could contact prospects that are currently in their junior year of high school.

For Utah, they sent out a tweet with their theme for this recruiting push.

Utah sent graphics to each of the prospects they are showing interest in and those pictures and “edits” are making a splash on Twitter. Here is some useful information to track the 2022 recruits that have received offers from Utah (all ratings and rankings are via 247Sports).

Clemons has tweeted twice since midnight on September 1 after being contacted by Boise State and UCLA. The Pleasant Grove star received a offer from Utah on April 15, 2020, according to his Twitter account. The four-star prospect is ranked No. 1 in the state of Utah and 17th ranked wide receiver in the country. He has received 25 offers from many schools including power-5 programs.

Hyde is a three-star prospect according to 247Sports. He is ranked No. 8 in the state of Utah. The offer from Utah came on October 10, 2019, according to his Twitter account. Although, Utah is the only official offer, Hyde has received interest from BYU, California, Northwestern, Stanford and Utah State. As far as programs reaching out on September 1, Hyde has tweeted graphics from Boise State and BYU.

Maile has tweeted one official offer on September 1, which came from UCLA. The Bingham product has received interest from many programs on the west coast.  On June 19, 2019, Maile tweeted his offer from Utah. Other schools to send offers to the three-star prospect (4-stars according to 247Sports) include USC, Nebraska, Oregon, UCLA, Utah State and Northwestern. According to 247Sports, Maile is “Warm” to USC and Utah.

To this point, Lapuaho has received an offer from one school and that’s Utah. He has not received a rating from the 247Sports composite but 247Sports has given him a three-star rating. Lapuaho has tweeted graphics that were sent to him from Boise State and Cal. The offer from Utah was tweeted out by Lapuaho on June 27, 2020.

The younger brother of Utah standouts Jackson and Cody is getting a lot of attention from big-time programs. Barton is a four-star prospect that is ranked No. 3 in the state and the 25th ranked outside linebacker in the nation. His offer from Utah came on January 7, 2020. Other offers extended to Barton includes Arizona State, Nebraska, Oregon, Stanford, Washington and Northwestern. Colorado sent their offer to Barton on September 1.

Moeaki verbally committed to BYU on April 14, 2019. He is a three-star prospect that is ranked No. 5 in the state and the 39th ranked outside linebacker in the country. Utah was the second Division I school to offer him a scholarship which was extended on April 15, 2019, one day after he verbally committed to BYU. Utah State has also offered Moeaki a scholarship. He has received interest from Northwestern, Notre Dame, Oregon State, Stanford and UCLA.

Aisea is the son of former Utah tight end Ben Moa. He is a three-star prospect from Weber High School. Moa has received offers from Utah, BYU, Utah State and Weber State. The offer from Utah came on June 7, 2019.

The Timpview high school product has not received other offers except from Utah thus far. 247Sports has not given him a star rating or ranked him among the other prospects in the state or athletes in the country.

Out Of State 2022 Prospects

Utah has extended many offers to recruits out of the state of Utah.

Jazz lose heartbreaking Game 7 and get eliminated by Denver, 80-78