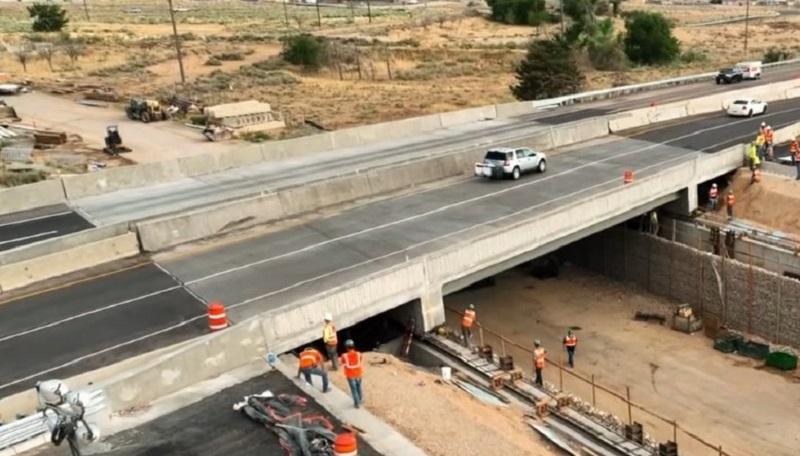 Salt Lake City, Utah — As a study found the state is home to the best-maintained bridges in the nation, the Utah Department of Transportation celebrating a big milestone.

According to UDOT, it continually tries to be proactive in addressing any bridge issues.

“We are coming in at just under .01% in poor condition on our national highway system bridges,” said Becky Nix, UDOT bridge management engineer.

The report from the Federal Highways Administration found just two bridges in the state’s highway system were in poor condition, with one having already been replaced. “We take a really strong approach to preserving and maintaining our bridges so that they last longer than what their original design life is,” added Nix.

A highway system bridge is one that involves an interstate or critical route, Like the 17th East bridge over Interstate 80 that was replaced in April.

According to UDOT, the project is a good example of how the department tackles an issue before it becomes a problem. “This one was rated in poor condition and it also had really low vertical clearance. So it had a propensity to get hit by high overhead loads which contributed to its poor condition,” Nix explained.

Many bridges built in the 1960s and 1970s at the height of the interstate boom are coming due for replacement. Nix says ample funding allows crews to do the necessary work on state-owned bridges. And more funding is on the way with $225 million from the recently signed bipartisan Infrastructure Investment and Jobs Act means many bridges owned by local agencies will soon see some TLC. “This is going to be a great opportunity to push toward that percent poor being reduced and hopefully as close to zero as possible,” said Nix.

According to UDOT, it’s worth it to have a bridge in good condition for decades to come.