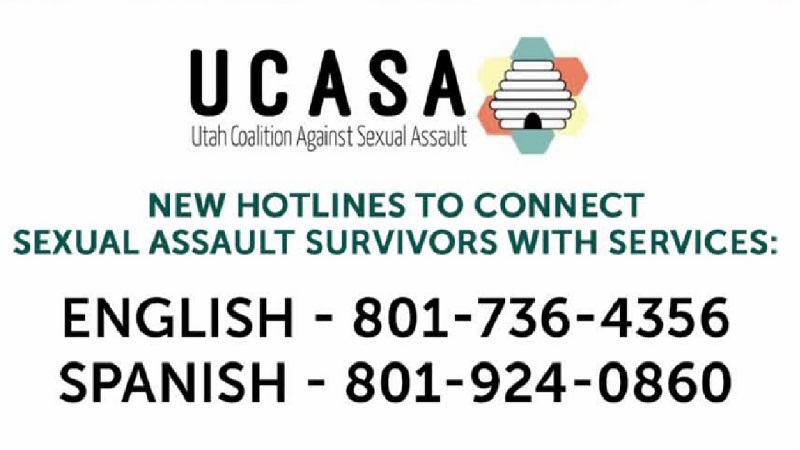 According to Bethany Crisp, outreach coordinator at the coalition, some counties previously had their own phone numbers.

No matter where in Utah the callers live, the new lines are meant to streamline the process of finding services – from law enforcement to therapy and more.

“Let’s say, they have had a hard time with their case going through the criminal justice system,” Crips said, “and is just having a really difficult time, they can call to talk about it then.

“Or if they’re looking for resources, let’s say, for example, they live in Utah County, we would then connect them with the Refuge, which is their local organization, which would have free therapy for them and their family.”

According to Crisp, if minors call, or an adult calls to discuss abuse against a child, the operators must make a report to law enforcement.