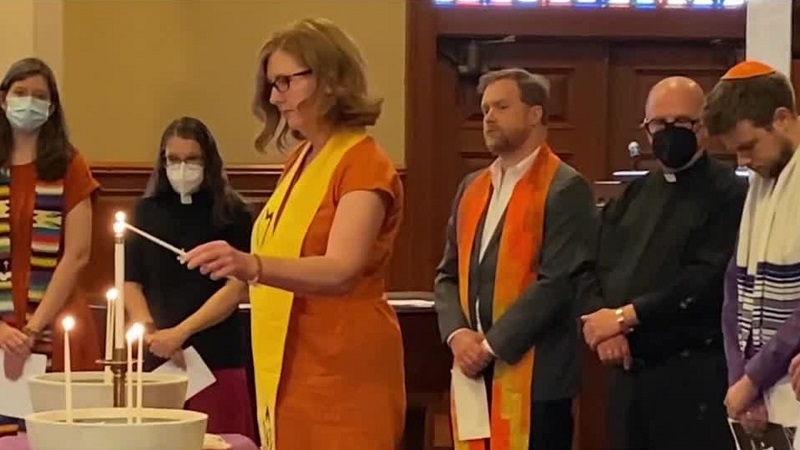 Communities across the United States will hold events to push for gun reform over the next 72 hours — and some local religious leaders are joining in.

Reverend Curtis Price of the First Baptist Church of Salt Lake City says we need more than just thoughts and prayers when it comes to ending gun violence and changing gun laws.

“We are praying here, yes, but we are also standing and demanding that our prayers be answered by our legislators,” Price said.

Price was joined by religious leaders from different faiths for a vigil and a call for action at his church o Monday. He pleads that Sen. Mitt Romney finally listens to them.

“We are asking him to lead in this,” ” he said. “We think Utah ought to be a place that stands up and says, ‘No more.’ We are not going to continue to be bullied by the NRA and put money in the pockets of gun manufacturers.”

There was a recognition for victims of gun violence, along with impassioned speeches. “Anger and then sadness. I’m just so angry that we are still doing this,” said Carolyn Tuft.

Carolyn Tuft is still left with the burden of grief fifteen years later after her daughter was shot and killed during a mass shooting at Trolley Square Mall.

Tuft survived although she was shot three times that day,— but not without hardships that continue to this day. “I was so severely injured that I lost everything,” she said. “I couldn’t work. I lost my house. I lost my child. I lost my health.”