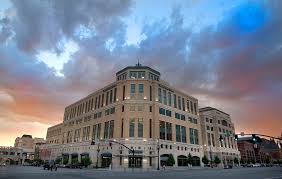 SALT LAKE CITY (AP) — A legislative committee this week approved a bill designed to prevent police officers under disciplinary investigation from jumping to another agency without a paper trail.

China Weighs Replacing Hong Kong’s Lam, Pro-Beijing Lawmaker Says
“This will shore up situations where, for lack of a better description, a bad player can’t be passed on from department to department without discipline,” said Scott Stephenson, director of Utah Peace Officer Standards and Training, on Nov. 17.

If an officer resigns, retires or otherwise separates from an agency while an investigation is in progress, an agency would have 30 days to report it to POST and provide all case files, she said.

“These are just some of the things to close the loopholes,” Iwamoto said. “It’s a balanced approach for transparency, accountability and good policy.”

“We’re concerned about a very few, minor, bad officers that we don’t want to continue in the profession,” said Perry, a longtime Utah Highway Patrol trooper.

“It’s not an attack on law enforcement,” Perry said. “No officer wants a bad actor in the profession.”

Stephenson said it’s good to “get out in the open” on such cases.

“We have a very good law enforcement community,” said Stephenson, whose agency enforces police certification and sanctions officers found to have committed violations. “We investigate less than 1% of our officers.”

The Utah League of Cities and Towns supports the concept of Iwamoto’s bill but has yet to take a position on it, said Cameron Diehl, executive director.

“Trust in police, public safety built on a foundation of trust — that’s the prism were looking through,” Diehl said. “We still have concerns about the specific language. We want to find the balance of trust in public safety and due process for officers.”

He said chiefs want to “keep bad actors out or identify them sooner in the process.”

The Law Enforcement and Criminal Justice Interim Committee approved Iwamoto’s bill on a voice vote, forwarding it for consideration during the 2021 legislative session.

According to POST statistics for 2019, the agency received 232 complaints, opened 115 cases and referred 57 to the POST Council for disciplinary consideration.

The council revoked 18 officers’ certifications and issued 36 other misconduct punishments.