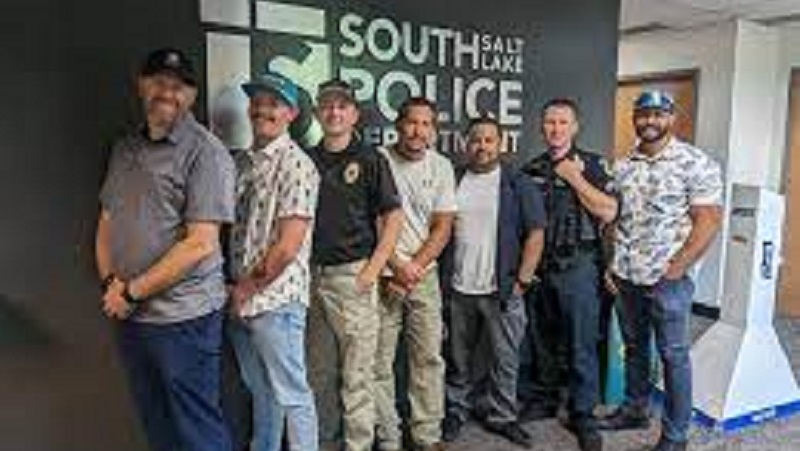 Summit County, Utah — A Salt Lake City man has been saved from drowning by a group of off-duty police officers.

Doug Merrill had a day off from work so he decided to spend it kayaking alone on the Jordanelle Reservoir.

According to Merrill, he was nowhere near shore when all of a sudden, his blood sugar level plummeted. “I just kind of blanked out and tipped my kayak,” he said. The next thing he knew, he was in the lake, swallowing water. His life jacket was on the kayak and he was losing his strength to stay afloat.

“I saw them and was just barely able to keep my head up,” said Merrill. What he saw was a group of off-duty Homeless Resource officers with the South Salt Lake Police Department on a boat.

“They were just enjoying a day on the lake and I just happened to be so lucky there,” he said.

The officers were able to pull him to safety and get him a first aid kit to get his blood level back on track.

“I thanked them right off the bat. I’m like, ‘You guys have no idea how close that was,’” he said.

He was able to reunite with the officers who saved him. He wrote them a letter, expressing his gratitude.

The South Salt Lake Police Department posted about the rescue on the department’s Facebook page, naming Sgt. Coggle, Officer Zajonc, Gray, Addison, and Manzano as the officers who rescued Merrill. “We are extremely proud of our officers for the exceptional service they provide to the community while on and off-duty,” said the post.

Next time he goes back on the water he’ll be more careful, Merrill said.

“I know I’ll never take the chance again with not wearing the gear,” he said. “They definitely saved my life. Without a doubt.”

More than $2M in federal money granted to Snow College