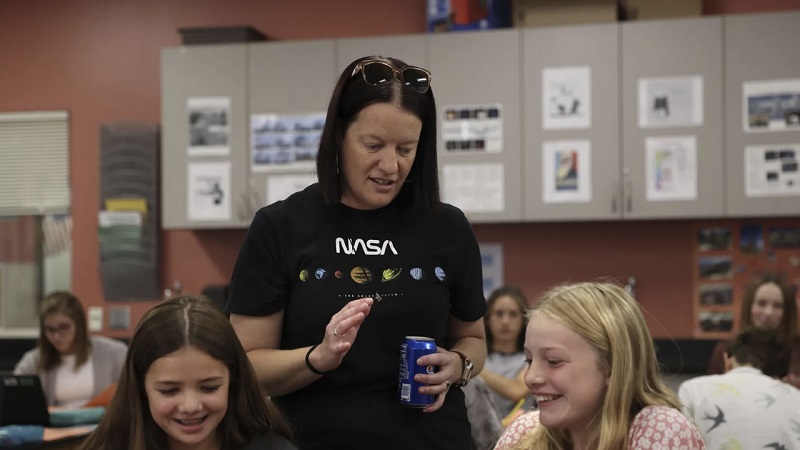 Ms. Muir was the only Utahn chosen for the program.

The program allows educators to take part in a pair of flights aboard SOFIA – the Stratospheric Observatory for Infrared Astronomy.

“We will be on a 10-hour night flight zig zagging all over, up into Canadian airspace and then back down,” Ms. Muir said. “We’ll be taking pictures of different targets in the universe – anywhere from the moon to distant galaxies and distant nebulas.”

According to NASA, SOFIA is the world’s largest flying observatory. It is credited with discovering water on the surface of the moon. “The steps the scientists and researchers go through to get time on SOFIA, they have to make proposals and have abstracts,” Ms. Muir said.

On Tuesday and Friday evening, her two flights to the stratosphere are scheduled to depart from southern California.

She is taking this journey with her students in mind and hopes to bring back a wealth of new knowledge to provide more depth in her courses than what’s included in a textbook.

“Not just being able to say this is what we know, but be able to show them how we know it,” Ms. Muir said. “It’s important for them to understand space – so they understand how unique Earth is.”

Free vaccines, boosters given to Hispanic, Latino communities in SLC