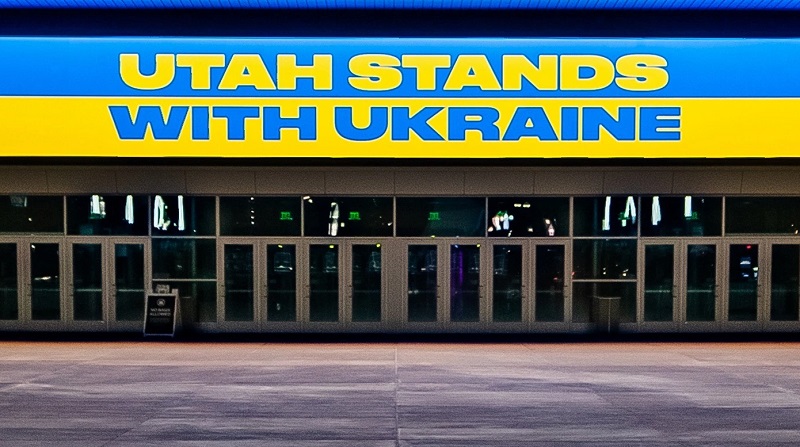 Salt Lake City, Utah – The Operations Specialist for August Mission, Caz Halladay has been in Ukraine since March 26, helping get much-needed supplies to Ukrainians fleeing the war.

“We’re bringing food, tourniquets, stuff that a lot of the civilians can use to help defend themselves or protect themselves,” said Halladay.

About three hours away from Kyiv, Halladay is stationed in a city close to the center of Ukraine.

It’s a city that has the main railway system going in, which means a lot of people come to the city as refugees.

According to Halladay, people fleeing war zones often don’t have the luxury of packing and bringing with them a full suitcase.

“Everything is in plastic bags or small backpacks and that kind of stuff. So they’re kind of leaving a lot of it back home and coming with very little. Just what they can carry because they’re hopping on the train.”

Members of the organization go to Ukraine in rotations to help people on the ground, Chief of Staff for August Mission, Reece Roberts said. Someone else from the organization will be taking his place while Halladay will be returning home at the end of April.

“We maintain at least a two-person team from August Mission there, and two doctors at a time doing two-week rotations,” said Roberts.