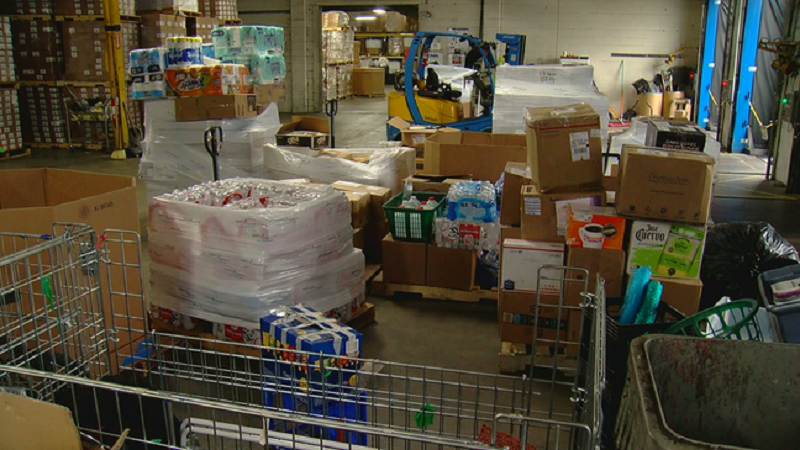 Salt Lake City, Utah — For almost 30 years Max Morozoff has been living as a U.S. citizen in Utah. For the past month, he’s been talking to his friends and family back home around the clock. “Every single day, all day long, we talk to each other,” said Morozoff. “I mean, even whether it’s a text message or they send me a video or something like that. But 24/7 we basically stay in touch.”

Morozoff has helped the local nonprofit August Mission identify that the biggest need for refugees right now is medical help. “We’ve talked to the governor of Lviv in Western Ukraine, and he wants us to help staff some clinics over there in hospitals,” said Bruce Roberts, founder, and CEO of August Mission. “And so we’re reaching out into the medical community and looking for any types of providers that are willing to donate their time.”

According to Morozoff, as far as donations go, money is the best thing that Utahns can give. The Mission has been overwhelmed with donations like tents, sleeping bags, and other supplies, but those are expensive to ship overseas, and it’s much more helpful for Utahns to donate money so volunteers can purchase the items in Ukraine and support the suffering economy there. “There’s a lot of stuff,” said Roberts. “People have given so much and given so generously. But many of those goods are sitting in Poland and they’re just not being transported. I think that with what we do, putting skilled people on the ground in Ukraine, that takes money.”

Roberts and Morozoff agreed that the outpouring of support from Utahns so far has been unbelievable though. “The whole free world is fighting this maniac,” said Morozoff. “And therefore, it’s not only Ukraine fighting. The whole world is fighting. And it’s a small price for us to pay for a little bit more expensive gas. But at the end, I think everybody will agree with me that we’re all fighting the same enemy.”

August’s mission has raised more than $10,000 so far, but the nonprofit’s goal is to raise $50,000 by the end of the month so they can pay the airfare for the group of doctors to fly to Poland on April 1st.

Utah firefighters head to Texas to help with wildfires