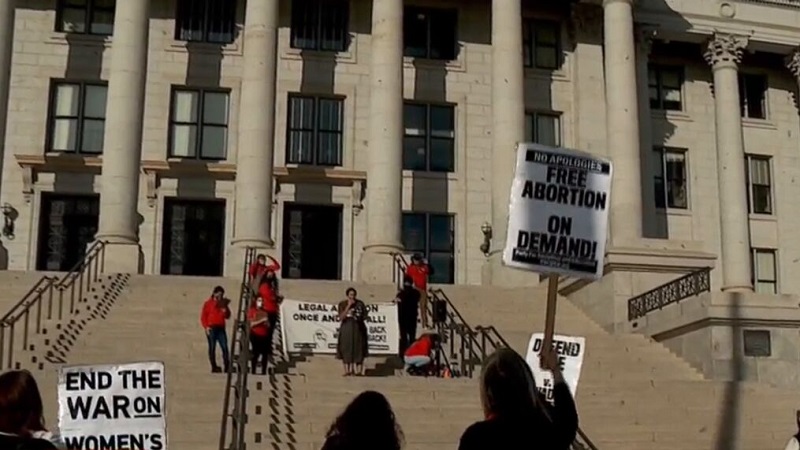 Salt Lake City, Utah — After half a century, the highest court in the country is considering a challenge to Roe v. Wade.

This week Supreme Court justices debated a case out of Mississippi that could overturn the law that legalized abortion.

Calling on lawmakers to take action to protect abortion rights, pro-choice advocates with the Party for Socialism and Liberation gathered at the capitol, calling it a form of healthcare.

“We are demanding that the Democrats who have the power in the House, the Senate, and the presidency, pass the women’s health protection act so that we can be done with the abortion debate altogether,” said Denise Weaver, a protest organizer with the group.

This week, the Supreme Court listened to arguments about a case out of Mississippi that bans most abortions after 15 weeks.

Mary Taylor, Pro-Life Utah’s president also spoke out about developments in the case.

“We recognize an unplanned pregnancy is and can be very traumatic,” Taylor said. “Also, that it can be a huge challenge to women. Unfortunately, abortion advocates claim a right that infringes on the right of another human being. That is why it’s so important that we get a good favorable ruling from the Supreme Court and that we find other ways to address those challenges.”

Until next year, the Supreme Court isn’t expected to make a decision on this case.