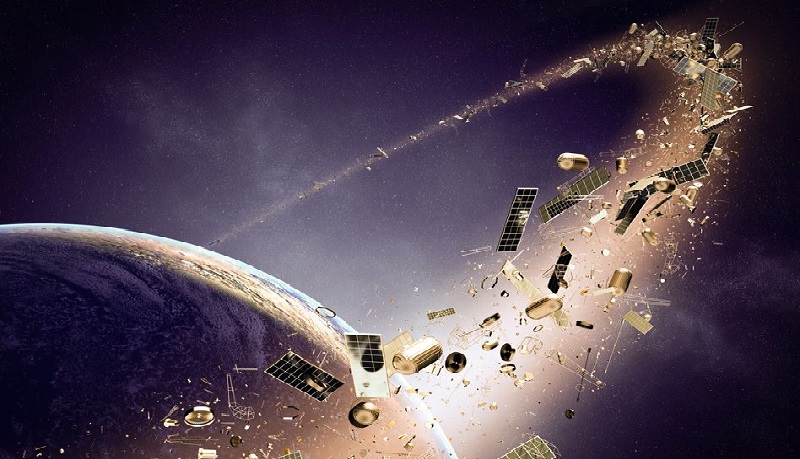 Salt Lake City, Utah — There are more than 27,000 pieces of space debris orbiting the Earth, according to NASA.

According to the space agency, the junk is traveling at speeds of up to 17,500 mph, which is fast enough to damage a satellite or a spacecraft.

Professor Jake Abbott and his team of engineers at the University of Utah have been working on a way to clean up space debris using magnets.

“We’ve figured out how to rapidly spin magnets that surround these objects and then apply forces and torques to the objects and actually manipulate them using magnetic fields, even though they’re not made of magnetic metal,” said Abbott.

In order to test their research, the team used a series of magnets to move a copper ball on a plastic raft in a tank of water. The magnets moved the sphere not only in a square but also rotated the ball. By using technology like this, robots could one day move the junk into a decaying orbit, where it would burn up as it re-enters Earth’s atmosphere, or move it further out into space without even having to physically touch it.

Abbott said, “We have to figure out how to get these objects out of space because currently, we are putting them into space faster than they’re naturally falling out on their own.”

The technology can be also used by scientists, to stop a damaged satellite from spinning in order to repair it. This method also allows scientists to manipulate objects that are very fragile.

NASA tracks thousands of pieces of space debris the same way that air traffic controllers track aircraft. “They’re tracking the most dangerous objects because they don’t want them to crash into something valuable like the space station,” said the university professor.

NASA will use this research to start the process of removing space junk from the Earth’s orbit. “If we’re not careful, this debris will eventually crash into the space station,” said Abbott.