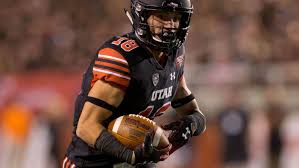 SALT LAKE CITY — Coming off an opening weekend loss, Utah had its third game of the season canceled due to COVID-19.

This time, however, it wasn’t because of the Utes — but it didn’t take long to find a replacement, either.

The Pac-12 announced Tuesday night that Utah’s game with Arizona State on Sunday has been canceled due to the influx of positive cases inside the Sun Devils’ program. The game was already delayed a day to Sunday to help Arizona State in its hopes of playing this week.

“This decision was made under the Pac-12’s football policy due to Arizona State University not having the minimum number of scholarship players available for the game as a result of return-to-play protocols involving local public health-prescribed quarantines for contact tracing as well as the time required for cardiac testing evaluation results to be completed,” the statement continues.

But three hours later, Utah was paired up with Washington to play Saturday at 8:30 p.m. MT on ESPN. The Huskies were slated to play a rivalry matchup against Washington State on Saturday, but the game was canceled due to the virus outbreak in the program.

“The scheduling of this game is consistent with the conference’s commitment to provide opportunities for student-athletes through maximum scheduling flexibility while still prioritizing health and safety,” the conference said in a separate statement.

Utah head coach Kyle Whittingham said earlier Tuesday that the team had been preparing the “majority” of the time for the Sun Devils, but had some preparation in case they’d be called on to play Washington. During his coaches show on ESPN 700, he said the prep for Washington was about 40% versus the 60% devoted to Arizona State.

“Well, all the focus, right now, is on ASU until we’re told differently; that’s where we’re going to put the majority of our attention — I say the majority because you still have got to pay attention to the other possibility — but that’s what our primary focus is,” Whittingham said in the morning. “And we hope to find out sooner rather than later. It would be ideal if we could find out today.”

“I understand that we’ll be on the road, regardless of who we play,” Whittingham said at the time. “It looks like the possibility of a home game doesn’t exist for this week,” despite playing at Washington last season. But 2020 doesn’t allow for the nuances of a schedule to perfectly align, so Utah will travel to Seattle again to try their hand at their first win of the season.

Utah athletic director Mark Harlan tweeted Tuesday night that the scheduling of the game in Seattle came down to TV partnerships.

“Issue was TV partner needed location by yesterday, due to holiday week. Many TV production trucks are based in Northwest, etc. Otherwise, game would have be in SLC. Its all good…with no fans, its a whole different deal this year. Just thrilled to play-”

Utah will be without starting quarterback Cameron Rising, who suffered a season-ending injury in Utah’s loss to USC Saturday. His injury, Whittingham said on his coaches show, was a “fairly significant injury.” Rising will have surgery following what Whittingham called a “fluke” injury and will be held out of spring practices.

In Rising’s absence, senior quarterback Jake Bentley will get the start. The veteran quarterback threw for 171 yards and one touchdown on 16-of-28 passing in the loss to USC.