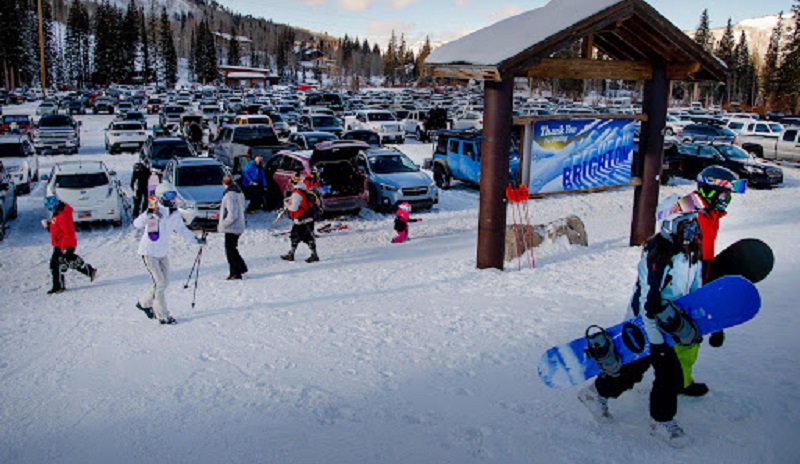 “We were getting more excited as we drove up,” Grossniklaus said.

After a disappointing November, this storm will turn the season around and December will deliver plenty of the white stuff.

“It is incredible,” Maddi McKinnon, who took a few runs before her shift as a massage therapist at Snowbird. “It is so much fun to finally have snow. I’ve been watching this storm all week so I am stoked.”

It’s only a matter of time before ski resort parking lots and canyon roads are packed with cars, after the snow and excitement in the air.

“It was empty the past couple of weeks and now we’re going to have to go through the nice canyon lines that everyone loves so much,” Pawlak said.

According to ski resorts, they are ready for the crowds.

“We couldn’t be more excited,” Andria Huskinson, communications manager for Alta Ski Resort, said. “We finally have snow after we got hardly any snow in November.”

Alta and Snowbird say that they have enough employees to run mountain operations.

“We’re all staffed up,” Huskinson said. “I think we are still hiring in our food and beverage, but that’s kind of normal for this time in the season.”

“We’re really lucky right now to have the staff needed to get the mountain open and running,” Sharah Sherman, communications manager at Snowbird, said.

To attract more employees, Snowbird has a hiring open house planned for Dec. 16.

“We’re looking for a lot of food and beverage, restaurant employees,” Sherman said.

Ninety minutes to the north, Snowbasin resort reports that it’s nearly fully staffed and ready for the season and just announced its opening day will be Saturday.

I-215 shut down due to accident in Salt Lake City