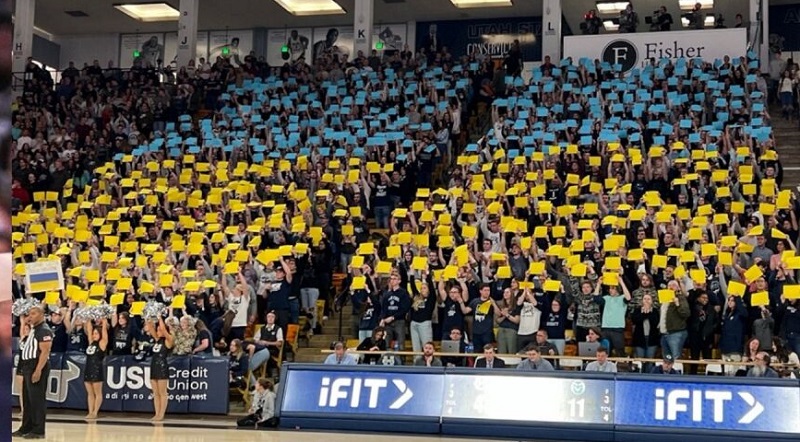 Logan, Utah — The student section at a Utah State basketball game paid tribute to one of their own players whose home country of Ukraine is under attack.

Scott Garrard, a play-by-play radio broadcaster for USU Athletics, posted a photo on Twitter showing hundreds of students at the game against Colorado State Saturday night, holding up blue and yellow colored paper to replicate the Ukrainian flag design.

According to Garrard, the collaborative effort was a gesture to honor Max Shulga.

According to the team roster, Shulga is a sophomore guard for the Aggies and is from the capital city of Kyiv.