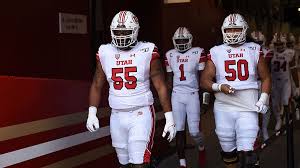 SALT LAKE CITY, Utah – Many Utah football players expressed their desire to play the 2020 college football season in the fall on social media.

The Pac-12 student-athletes formed the #WeAreUnited group on August 2 when they released a list of demands to conference officials. Now that reports are swirling around the Power Five conferences potentially canceling the 2020 college football season at least until the spring of 2021, players expressed their desire to play.

The #WeWantToPlay started trending on Twitter when Clemson star quarterback Trevor Lawrence tweeted out a thread on Sunday.

The Clemson quarterback posted a three-tweet thread on Sunday.

“People are at just as much, if not more risk, if we don’t play,” Lawrence tweeted. “Players will all be sent home to their own communities where social distancing is highly unlikely and medical care and expenses will be placed on the families if they were to contact COVID-19.

“Not to mention the players coming from situations that are not good for them/their future and having to go back to that,” Lawrence continued. “Football is a safe haven for so many people. We are more likely to get the virus in everyday life than playing football. Having a season also incentivizes – Players being safe and taking all of the right precautions to try to avoice contracting covid because the season/teammates safety is on the line. Without the season, as we’ve seen already, people will not social distance or wear masks and take proper precautions.”

That’s when the #WeWantToPlay trend started on social media. A graphic was posted on players’ profiles and has taken over Twitter.

“We all want to play football this season,” the graphic read. “Establish universal mandated health & safety procedures and protocols to protect college-athletes against COVID-19 among all conferences throughout the NCAA. Give players the opportunity to opt out and respect their decision. Guarantee eligibility whether a player chooses to play the season or not. Use our voices to establish open communication & trust between players and officials; ultimately create a college football players association. Representation of the players of all Power 5 conferences.”

Nacua tweeted out “I just want to play ball. I’ve given so much time and effort over my 4 years not to play my senior year.”

Ford is one of the two spokespersons for Utah with the #WeAreUnited unity group.

Lloyd is one of the two spokespersons for Utah with the #WeAreUnited unity group.