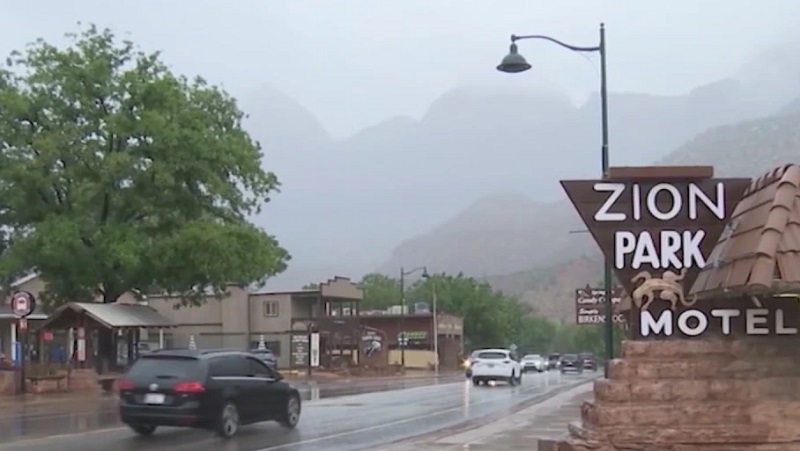 “Try and avoid putting yourself in a position where there may be a flash flood, knowing what the forecast is going to be like and being prepared before going to the park and looking at alternatives,” Zion National Park public relations Jonathan Shafer said.

The park closed the narrows and slot canyons for safety, so people didn’t get swept up in potential floods. “There’s no reason to go to the narrows on a day where there is a flash flood warning in affect,” Shafer said.

While businesses in Moab don’t expect to see the historic floods they saw in august, some are still repairing their buildings and are ensuring they don’t see repeated damage. “Still kind of fixing things as we’re finding stuff – we’re replacing baseboards, we’re kind of in Moab where not a lot of materials are accessible,” owner and operator of Dewey’s Restaurant and Bar Michael Miller said.

The city also cleared debris on the roads so when rain does come, it doesn’t cause flooding. “You know, work with the city and the county and make sure that stuff doesn’t reoccur,” Miller said.

According to Utah Highway Patrol, it’s best to slow down and, in some cases, choose not to drive if water levels are too high for you to see how deep that water really is.

“It’s happened where people pull over because one, they can’t continue driving or they become scared to continue driving and that creates another hazard to themselves and others on the roadway,” Utah Highway Patrol Sgt. Brian Peterson said.

Officials are also advised to make sure your car has good tires and windshield wipers.