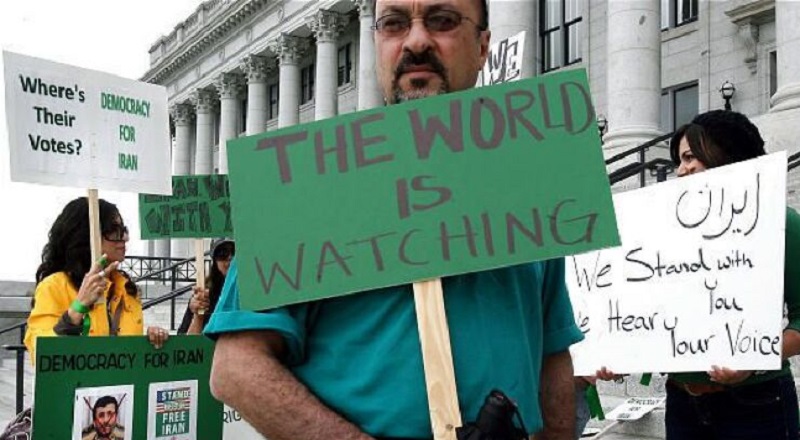 Salt Lake City, Utah — In support of the demonstrations in Iran, Utahns held a rally Thursday night at the Utah State Capitol.

People shouted “women, life, freedom” in Farsi, calling for an end to the current political system.

“Everybody’s on the streets in Iran, they’re fighting with the police, the police are trying to shoot them,” said one demonstrator. “They are there with nothing, so we are here to raise our voice in support for them.”

Iranians are protesting when Mahsa Amini, 22, passed away while being held by the authorities. According to the authorities, she was not properly donning her headscarf or hijab.

People who call Utah home gathered at the Capitol as her death sparked demonstrations there and around the world.

“If I were in Iran, I would definitely go to the streets and protest, although I know I might be dead if I go to the street,” said another one of the attendees. “But when all of my brothers and sisters go to the street and get killed, what makes me special?”

Many protesters wanted to speak out about what’s occurring there even if they were afraid of possible punishment from the Iranian government against them or their families and preferred to stay nameless.

“I thought it would be good if we spread their stories and their sufferings so others can hear that and they can make whatever they want out of that,” said yet another demonstrator. “But we are here to show solidarity.”

To bring attention to the difficulties experienced by Iranians, people held signs, led chants, and stood in their neighborhoods far from home.

“I’m happy to see all the Iranian people show up, but what I would like to see most, more than anything else is for them to contact their elected officials and demand to help Iranian people with free internet,” one attendee said. “Because that’s what they’re asking.”