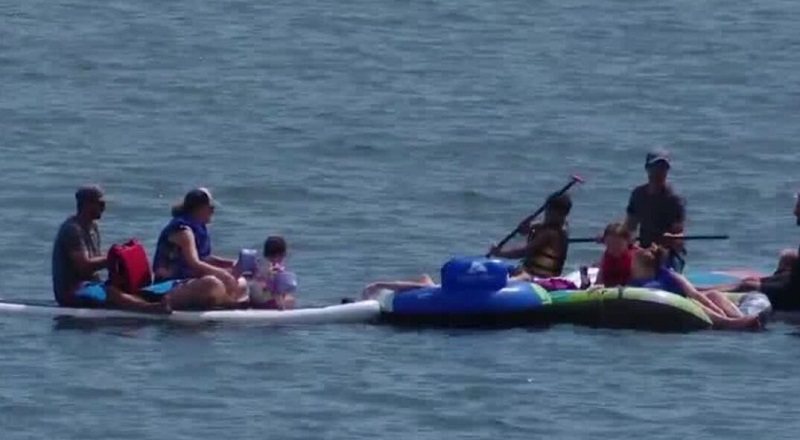 Wasatch County, Utah — During the weekend, many took advantage of slightly cooler temperatures at some of Utah’s reservoirs.

It was probably one of the best days of the year at Jordanelle State Park — not too hot, not too cold, not too sunny, not too overcast.

According to many of them, they wished they could stay longer while wrapping up their holiday weekend — as the state holiday is being “observed” Monday because July 24 fell on a Sunday this year.

As boats and jet skis crossed the water, paddleboards and kayaks were pushed out, kids played in the water and parents soaked up the sun, it was an all-around great day to end the holiday weekend. “Oh, we had fun. We got to paddleboard and kayak. The water was refreshing,” Gabriel Carreras said. “Great time to be out here, and not too packed. That was kind of interesting — I thought it’d be more packed.”