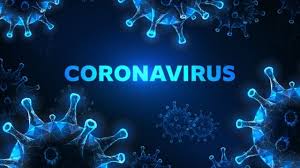 SALT LAKE CITY, Utah  – If Utah’s spread of COVID-19 infections continue to spread at they rate they are now, the state’s hospital capacity will be maxed out in the coming months.

Utah’s transmission rate is on a steady uptick. Within the last week the rate has bumped up from 1.15 to 1.35, according to the Utah Department of Health. That means for every person confirmed to have the coronavirus, they will infect an additional 1.35 people.

“We really need the public’s help right now in achieving a decline in caseload growth,” said Tom Hudachko, Spokesperson for the Utah Department of Health.

The Utah Hospital Association says the trend is troubling.

“People who are the sickest of the sick and need the most advanced level of care in the hospital setting may not be able to access that care,” according to Hudachko.

Both health officials are also concerned with the number of confirmed cases creeping back up over the Fourth of July holiday, just as it happened during the Memorial Day holiday.

“We know now that Memorial Day weekend was a disaster in Utah and across the United States. We virtually had this thing contained,” said Bell. “We just saw an explosion of the virus, just an explosion! Now we’re reaping that. If we do on the fourth, what we did on Memorial Day, we’re going to have a serious public health disaster.”

The goal is to get Utah’s transmission rate to below 1.0. In order to do that Bell says Utahns need to do the following:

“If they don’t do that then this thing is going to run over us,” Bell told ABC4’s Brittany Johnson.

“It sounds so simple but that’s really what is going to turn the tide on this outbreak and it’s what’s going to allow us to start decreasing our caseload growth,” Hudachko said.

More than 500,000 people have died of the coronavirus worldwide