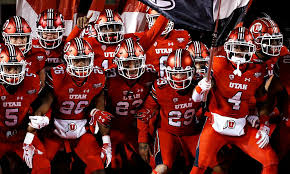 SALT LAKE CITY – It has been a long wait for the Utah football team, but game week has finally arrived.

The Utes will kick off an abbreviated 2020 season Saturday at home against Arizona, and because it will have been over ten months since their last game, the Utes realize it may be a little strange.

“It feels kind of weird,” said tight end Brent Kuithe. “We haven’t had a game in so long. We didn’t have spring ball. I think it’s going to be a lot easier without the fans, especially for the freshman, because you don’t have that atmosphere. Those nerves that you get, it feels like practice, so I think it’s going to be a little easier on the freshman. But I think it will be a little rusty to start because we haven’t played a game in a long time.”

Because Utah has just six games before the Pac-12 Championship game is decided, every game is magnified.

The Utes have been growing impatient watching every other conference in the country play games, but the wait is almost over.

“It’s especially interesting having watched college football for a month and a half already,” Covey said. “It’s made us anxious, on the edge of our seat, and I think most people are just ready to do it. We’re kind of sick of this waiting game.”

Utah and Arizona will kick off the season at 2:00 at Rice-Eccles Stadium Saturday. No fans are allowed to watch the games in person.