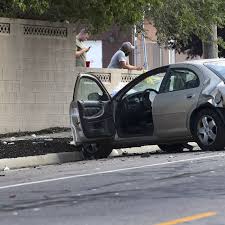 The rollover accident at 5400 S. Mountain View Corridor was caused after one vehicle ran through a red light and slammed into another car. Police say they do not believe impairment or weather was a factor in the incident, but speed may have played a role.

One male driver was declared dead at the scene, while another was transported to the hospital in serious condition.