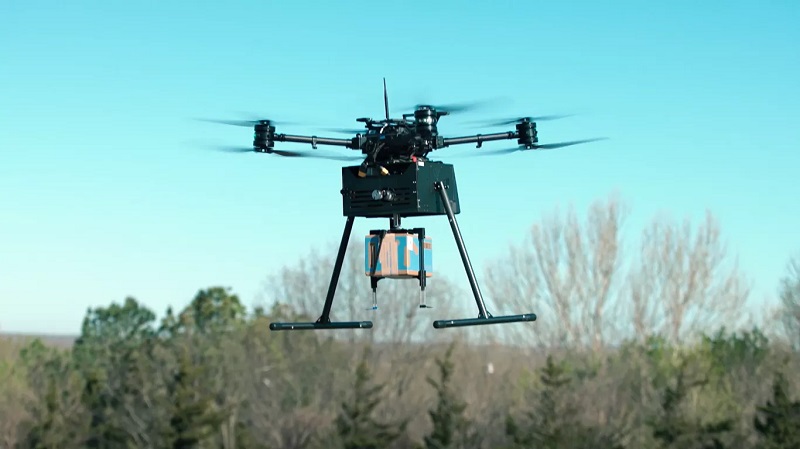 Salt Lake City, Utah — As Walmart announced the service is coming to Utah, the gentle whir of drone delivery will soon be heard over Salt Lake City.

According to the company, Salt Lake City will be added to its 34-site DroneUp delivery network by the end of the year, enabling Walmart to get over 1 million packages into the hands of U.S. customers through the air in as little as two hours.

Once an order is placed, the package is loaded into a drone flown by a certified pilot and delivered to homes by using a cable.

According to Walmart, “if it fits safely it flies.” A delivery fee of $3.99 will be added to all drone orders, which can weigh no more than 10 pounds.

Eligible items for drone delivery include diapers, food, and medicine.

According to the company, a top-selling item at one of its hubs is Hamburger Helper.

Walmart’s drone expansion will give the company the potential to reach 4 million homes across the U.S., including Utah, Arizona, Arkansas, Florida, Texas, and Virginia.

Last year, Intermountain Healthcare said its drones will deliver drugs and supplies to Utah homes in 2022.

Have A Heart Home breaks ground for affordable homes in Layton