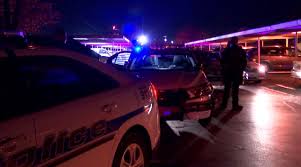 SALT LAKE CITY — A man accused of stabbing another man in the mouth is facing a felony assault charge.

Devin Frank Rivera, 56, whose home address is listed as unknown, was charged Monday in 3rd District Court with aggravated assault, a second-degree felony.

On Oct. 18, a man was dropping off some items in West Valley City when he spotted Rivera going through his car, according to charging documents. The man told Rivera to get out of his car and then started to walk away when Rivera stabbed him in the face, the charges state.

“Rivera cut through his cheek, cutting five teeth and his tongue,” according to the charges.

Rivera then tried to stab the man in the chest while screaming “I’ll kill you,” the charges state.

A no-bail arrest warrant was issued Monday for Rivera.