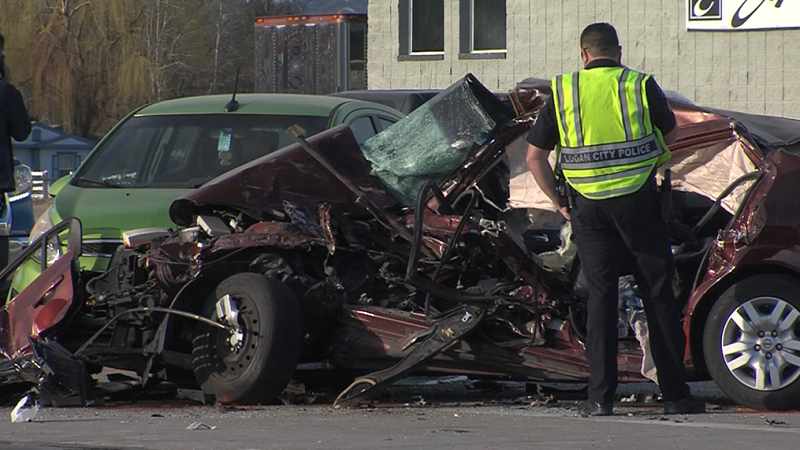 Logan, Utah — On Monday after a water truck slammed into a car, two people were injured.

According to police, a Nissan Altima was attempting to turn onto 1000 West around 7:45 a.m. when it drove in front of the water truck heading southbound.

The truck hit the driver’s side of the Altima, forcing it to crash into another vehicle, police said.

According to police, the driver and passenger of the Altima were both transported to the hospital in unknown conditions.

Following the crash, the area near 1800 South and 1000 West was closed off to traffic before the roads were reopened.